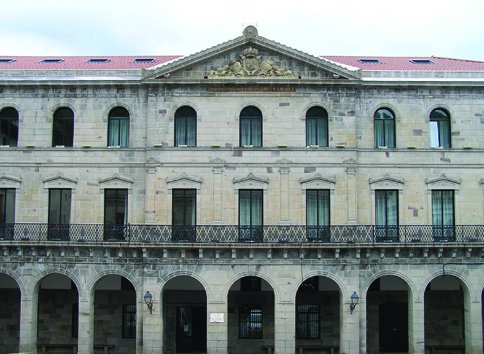 This building, which was originally a renowned college belonging to the Society of Jesus, the Jesuits, became the Royal Seminary of Bergara in the last quarter of the 18th century.

In the final years of the 18th century, the Seminary was one of Europe’s foremost centres of learning and research.

Working on its premises in 1783, the brothers Elhuyar managed to separate a new chemical element, tungsten, which is also referred to as wolfram. During the 19th century, it housed some of the most important scientific facilities in the Basque Country (laboratories, library, botanical garden, meteorological observatory...).

In 1867, one of the last great Neo-Classical architects, M.J. Laskurain, built the present façade to replace the original Baroque one.

Its interior houses a 17th century chapel, together with, on one side, the residential area dating from the same time. The temple has now been converted into the Seminarixoa Hall, designed to stage performances using the latest technology.