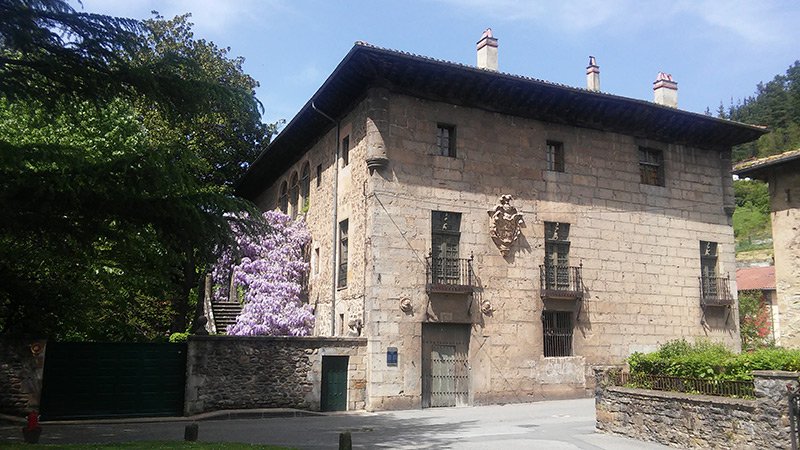 The Laureaga Palace belonging to the Izagirre family was built in the 16th century.

It was originally a compact, square building that was enlarged in the early years of the 18th century, when it adopted the rectangular lay-out we now see today.

A highlight is its main facade, made entirely of very skilfully crafted ashlar work. Further highlights here are the two medallions that flank the entrance –which feature the idealised portrayal of the lineage’s founders– and the bars on the ground-floor window bearing the inscription “Neither seek it nor fear it” referring to death. The finely made coat of arms dates from the beginning of the 17th century.

The French windows on the first floor open out onto iron balconies and beautifully crafted wooden fittings and shutters (18th century).

The whole consisting of the Laureaga Palace and its three-arched gallery that give onto the garden, the Zubieta Bridge and the neighbouring house of Usondo (end of the 15th century) are truly evocative.