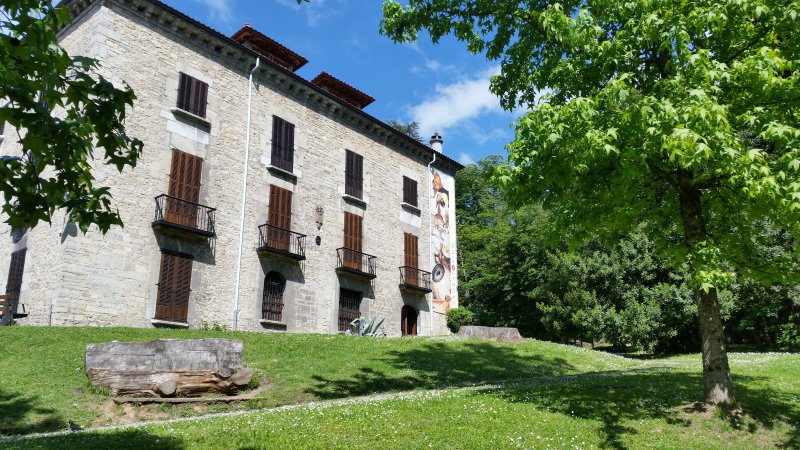 This tower-house dating back into the distant past was replaced by a modern palace that would later be burnt down during riots in 1718. The outside entrance to the basement may be a reminder of the 16th construction, although some of the features of this 19th century building, such as its cornice, specifically reflect the original building.

The Count of Peñaflorida lived in this building during his time as director of the Royal Seminary. It was also home to another famous character of the Enlightenment, Valentín Foronda.

The present-day palace, however, dates from the 19th century. Its interior is bathed in light, and it is distributed throughout into spacious but cosy areas. In the central part, we can see a stunning staircase.

Beside the palace we come to one of Bergara’s surviving gems:  A 19th century garden in which nature and science conflate.

The plants and trees are laid out in a very precise manner. Furthermore, both the house and its garden have an extremely sophisticated mains water system. This may be a spin-off of the research conducted at the Seminary.