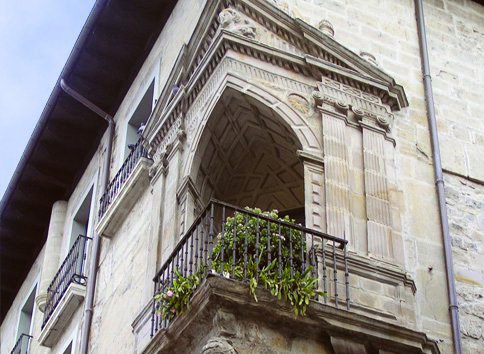 The House of Arrese dates from the first half of the 16th century. Featuring a single entrance archway and small windows, the building is a reminder of the old medieval fortified towers. In the second half of the 16th century, following the construction of a magnificent corner balcony that is wholly in keeping with the aesthetic precepts of the Renaissance, this mansion took on a more palatial appearance.

This is one of the Basque County’s finest buildings because of its structure, its wealth of decorative features and its builder’s skill, who shaped corbels, pillars and cressets to have a greater impact on the onlooker when the building is seen in perspective from ground level. The building is attributed to the master builder Pedro de Ibarra.